There was a time in life when horses were so valuable and so much respected that to steal one or harm one was a conviction that carried with it a death sentence. They were the way we traveled, the way we worked and the way we played when it came to racing them. With that in mind back then when your peers compared you to this iconic animal of American history it was an honor and a show of great respect. Back in the mid 1950’s when Paul Allen began to work and play in the town of Pleasant Grove, Utah he received such an honor. As a young kid he could always be found across the street helping his dad in the family owned grocery store. Back then delivery meant walking the groceries or cycling them to their destination, and young Paul always had the duty of carrying the load.

He shelved the products, cleaned the floors, helped in fixing what was broken and at times even worked the cash register. He was a work horse and had the size and speed to get the job done. So it was not unusual once he fell in love with sports to bring that work ethic to the court, the track and most of all to the football field. By the time Paul Allen was fifteen years old he was 6’1”, 170 pounds and by 17 he was running the 100 yard dash in a time of 9.8 seconds. He was solid muscle, with speed and size that few could match in the state of Utah. Indeed in his high school years Paul Allen was the “horse”.

His love for sports dominated his high school existence. Paul was All-State in Utah as a sophomore, junior and senior in football. And in one of those years his teams won the state championships in football, basketball and track, and he was a significant factor in each sport. As much as sports dominated his high school life it didn’t hinder his academic preparation. In 1958 Paul Allen of Pleasant Grove High School was selected as a scholastic high school All-American and accepted a scholarship to Brigham Young University. That same year his high school coach, Hal Mitchell took a job at Utah University and he was tempted to follow. But with Brigham Young University (BYU ) just 4 miles from his home his coach never pressured him to leave. It was an example that taught Paul a lot and Left him with a forever respect for Coach Mitchell.

COLLEG CAREER: Paul “The Horse” Allen touched down on the campus of BYU in August of 1958 with a full ride football scholarship. He had all the tools necessary to compete. However during those days coaches were reluctant to throw freshmen into the mix of the college football grind and so Paul mostly watched as the juniors and seniors played out their options. By his sophomore year Paul was playing sparingly but by his junior and senior days he was BYU’s go to guy.

Those junior and senior years are the years that have brought Paul to the Jet Award. For it is during that time that he became the team’s biggest threat, as a return specialist. Paul was the starting halfback in 1960 and 1961. He recalled the biggest difference during his football career to today, was that the players were asked to be versatile and were not specialized in one particular area. He said all the players had an offensive and defensive position and everyone played on the kickoff and punt return teams and that is where Paul “Horse” Allen began to shine.

During his years at BYU they never had a winning season but for nearly every game during his junior and senior years their greatest success came when he touched the football on kickoffs and punts. In 1961 Paul averaged an incredible 40.1 years per kick return on 12 returns including three returned for touchdowns. He also returned punts where he scored in that arena also. I asked him why a team that didn’t have much success on offense seemed to thrive on kick returns? He attributed it to coach Mitchell, who devised a special kick off play just for him that seemed to work with amazing frequency. Filming and scouting wasn’t very prevalent back then, so cleverly planned plays could work for years before the opposition caught up to them. By the time they caught up to what Paul Allen was doing at BYU he was on his way to trying out for the B.C. Lions in Vancouver, Canada.

So great were Paul’s accomplishments as a return specialist that his average yards per kick return still remains as one of the longest standing records in BYU history. Paul was drafted in the pros by the NFL Minnesota Vikings in 1962 and also by the B.C Lions of the Canadian Football League. There was a tryout bonus in Canada that didn’t exist in the NFL, so Paul tried out where the money was. He got a nice car out of the deal but was released by the lions before the start of the ’62 season and with that, like the end of the last day of a calendar year, his football career was over. 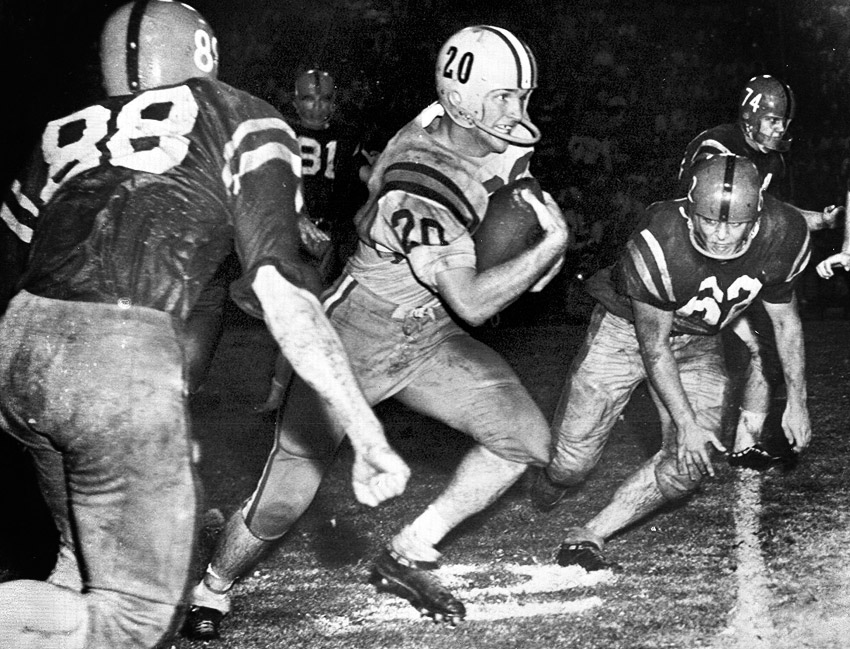 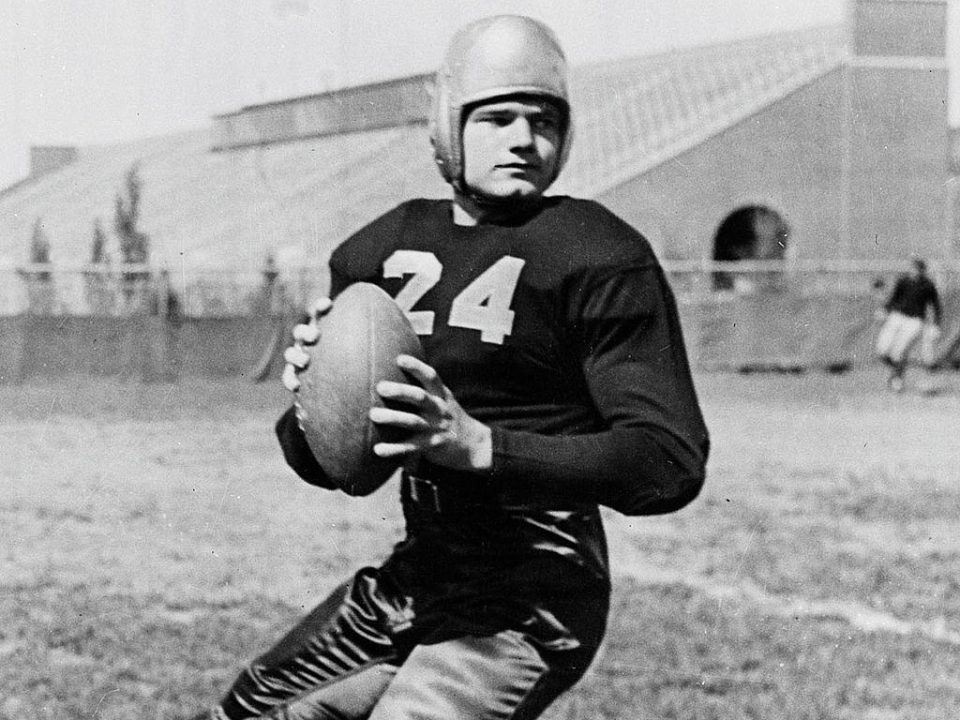 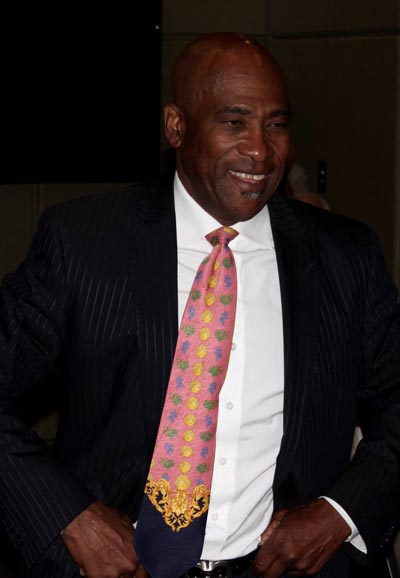