2021: Ninth Cougar to be named consensus All-American … 2021 Paul Hornung Award winner as the nation's most versatile player… First-Team All-American Athletic Conference as a return specialist and second-team as a cornerback… led all of the NCAA with two punt return touchdowns… tied for third in the nation with two kick return touchdowns… with five interceptions led the American Athletic Conference and finished third in the nation … recorded a 73-yard punt return touchdown and the only receiving touchdown of his career against Navy (Sept. 25) ... recorded a 98-yard kickoff return touchdown against East Carolina (Oct. 23) ... recorded an interception and with just 17 seconds remaining returned an SMU kickoff 100 yards for a game-winning touchdown to upset then ranked number 17 SMU (Oct. 30).

2020: Earned first-team All-America honors from the FWAA, Phil Steele Magazine and CBS/247Sports as a punt returner ... also was a fourth-team All-American by Pro Football Focus as a cornerback ... named to The American's All-Conference First Team as a return specialist ... led the FBS and The American in punt return average (19.8) on 17 returns for 337 yards and one touchdown ... also led the FBS in punt return yards (337) ... ranked fourth in Houston single-season history in punt return yards and punt return average ... was the only player in the FBS to have two games with at least 100 punt return yards ... made seven starts at cornerback, finishing with 24 tackles (18 solo), 2.0 tackles for loss, one interception and five pass breakups ... recorded five kickoff returns for 102 yards (20.4 average) ... made immediate impact in season-opening win over Tulane (Oct. 8), with seven punt returns for 108 yards ... logged seven tackles in road win at Navy (Oct. 24) ... made three tackles against UCF (Oct. 31) ... posted seven tackles at Cincinnati (Nov. 7) and recorded two punt returns for 46 yards ... picked up 72-yard punt return against USF (Nov. 14) and finished with four punt returns for 145 yards (36.3) along with one tackle ... was named The American's Special Teams Player of the Week for his performance vs. USF ... was the first UH player to record a punt return touchdown inside TDECU Stadium ... had five tackles and recorded one interception at Memphis (Dec. 12) ... made one stop and added two punt returns for 20 yards vs. Hawaii in the New Mexico Bowl (Dec. 24).

2019: Redshirted after transferring from Troy.

At Troy: Became Troy’s second All-American since moving to the FBS level as a true freshman in 2018 when named to Phil Steele’s All-America Third Team as a kick returner ... also named to the ESPN and FWAA Freshman All-America Teams ... named the Sun Belt Conference Freshman of the Year ... named to the All-Sun Belt Second Team as both a return specialist and an all-purpose player in 2017 ... set the Troy single-season record and tied the Troy career record with three kickoff returns touchdowns ... tied the NCAA record with two kick return touchdowns in a game against Coastal Carolina ... added a 99-yard return for a touchdown in Troy’s Sun Belt title-clinching win at Arkansas State ... returned 29 kicks for 879 yards ... 30.31 average ranks as the third-best in Troy’s single-season history ... returned an interception 100 yards for a touchdown vs. Arkansas State; longest interception return and just the fourth 100-yard play in Troy’s FBS history ... picked off a fourth-quarter pass and recorded a career-high eight tackles in Troy’s win at No. 22 LSU, which snapped the Tigers’ 49-game non-conference home winning streak ... finished fifth on the team with 49 tackles (34 solo), two tackles for loss and six pass break ups ... returned 14 punts for 115 yards ... tied for first in the Sun Belt and second nationally with three 90-plus yard all-purpose plays ... four all-purpose plays of 80-plus yards ranked fourth nationally ... named All-Sun Belt First Team as a return specialist and Second Team as a defensive back as a sophomore in 2018 ... second in the Sun Belt averaging 25.6 yards per kickoff return, including a 96-yard return for a touchdown against Coastal Carolina ... allowed a catch against him on just 52.8 percent of targets against him (19-of-36) ... broke up nine passes with a season-high three in the opener against Boise State. 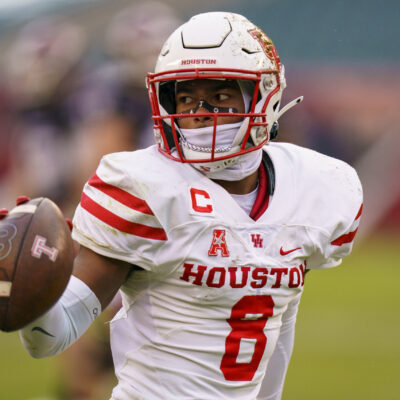 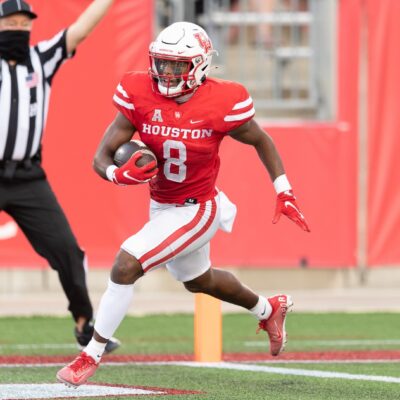 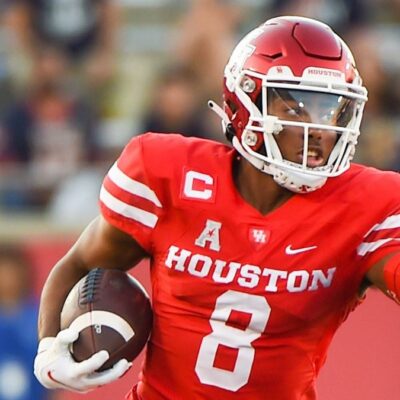 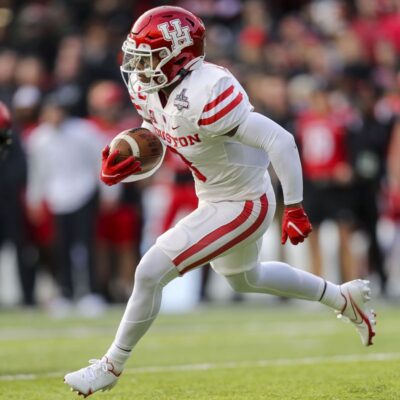 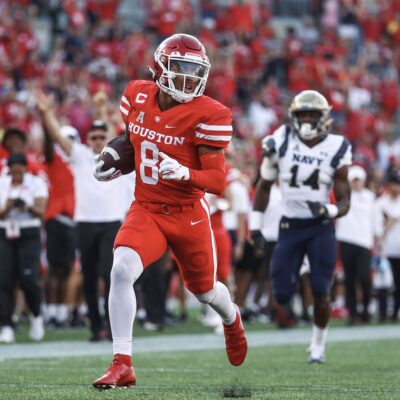 To be considered for the Jet Award, players must be a Division 1 college football team member and meet the following qualifications:

Damon Benning, (Lead Voting Panelist) was a four year letterman who helped lead the Huskers to back-to-back national titles. He finished his career carrying the pigskin 270 times for a total of 1,562 yards. Benning also caught the ball 12 times for a total of 134 yards and returned 32 kickoffs for 770 yards. He finished his Husker career with 2,625 all-purpose yards. Due to his outstanding career, Benning was signed as a free-agent by the Carolina Panthers in 1997. Currently Benning focuses his attention on The Sharp & Benning in the Morning on 1620 The Zone.

GET THE MONTHLY NEWSLETTER

Stay in touch with the latest and greatest